The spintronics research community in Japan submitted a proposal “Spintronics Research Infrastructure and Network” to the “Master Plan 2014, High-priority Large-scale Research Plans” of the Science Council of Japan (SCJ), and was accepted in March 2014. In total, 224 proposals were submitted to the SCJ, and 27 were accepted. The 27 proposals were examined by the Ministry of Education, Culture, Sports, Science and Technology (MEXT), and 10 of them, including our proposal, were accepted to the “Large-scale Scientific Research Projects – Roadmap 2014” in August 2014.

This illustrates that researchers and laboratories in Japan have made remarkable contributions to the development of spintronics, and that spintronics is vitally important for the progress of science, engineering, and related industries. During this project, we established a Center for Spintronics Research Network (CSRN) in each of four base universities: the University of Tokyo, Tohoku University, Osaka University, and Keio University. These have allowed us to form a nationwide network connecting various research institutions in Japan. Through this network, we aim to promote collaborations among research groups and institutions, strengthen competitive power in research and industry for development of technological innovations, and cultivate the next generation of young researchers and engineers.

In April 2016, the Spintronics Research Network of Japan (Spin-RNJ) was officially launched, and the CSRN were established in these four base universities. A kick-off symposium for the Spin-RNJ and CSRN was held at the University of Tokyo on May 19, 2016 (http://www.cryst.t.u-tokyo.ac.jp/SpintronicsCenter/), and kick-off symposia for the CSRN at Tohoku University and Osaka University were held on May 25, 2016, and June 10, 2016, respectively. We are grateful to the many people who attended the symposiums and discussed an interesting range of issues.

We will continue in our efforts to fulfill our mission. Your continued support is greatly appreciated. 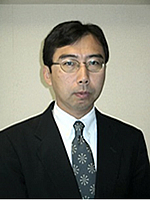