The purpose of this project is to implement the “Spintronics Research Infrastructure and Network,” which was accepted as one of the “Master Plan 2014, High-priority Large-scale Research Plans” of the Science Council of Japan (SCJ) and one of the “Large-scale Scientific Research Projects – Roadmap 2014” of the Ministry of Education, Culture, Sports, Science and Technology (MEXT). Spintronics is an interdisciplinary field, in which innovative materials, devices, and systems are developed by introducing spin degrees of freedom for future electronics and information technology. This is a very important and rapidly developing field from the perspective of fundamental science and technological applications, and there is strong competition worldwide. One good example is the study of giant magneto-resistance (GMR) and its application to magnetic-field sensors used in hard disk drives: Prof. A. Fert and Prof. P. Grünberg were awarded the Nobel Prize in Physics in 2007 for their discovery of GMR. Use of spin, together with charge and light, is expected to lead to dramatic progress in information and communication technologies with low-power dissipation. It is also expected to strengthen existing industries and create new industries, and lead to less power consumption and a more environmentally friendly society. To meet these objectives, cross-disciplinary research is needed in fields such as physics, applied physics, electronics, magnetics, materials, chemistry, and information sciences. This kind of research will also lead to the creation of new scientific fields.

Therefore, in this project we established a Center for Spintronics Research Network (CSRN) at each of four base universities: the University of Tokyo, Tohoku University, Osaka University, and Keio University, and created a nationwide network connecting various research institutions in Japan including universities, national laboratories, and companies. Through this network, we aim to promote collaborations among research groups and institutions, strengthen competitive power in research and industry for the development of technological innovations, and cultivate the next generation of young researchers and engineers.

The University of Tokyo has many world-leading researchers in spintronics, so it serves as the central base. We established the CSRN in the Graduate School of Engineering at the University of Tokyo, and will continue to operate it in cooperation with the Graduate School of Science, the Institute of Industrial Science, and the Institute for Solid State Physics. We will also collaborate with other ongoing projects through individual researchers and research institutions, including overseas researchers and institutions.

The project has four specific objectives: 1) create a world-leading network connecting research laboratories and institutions; 2) promote collaborations to develop high-quality research, leading to technological innovations; 3) create new and interdisciplinary research fields incorporating physics, applied physics, electronics, magnetics, materials, chemistry, and information sciences, and thereby improve the competitiveness of current industries and create new industries; and 4) educate and elevate the next generation of young researchers and engineers, who will be international leaders in their fields. 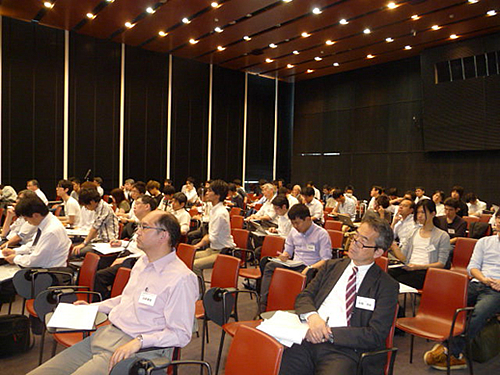 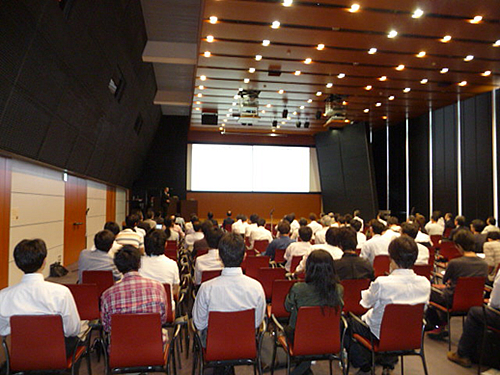 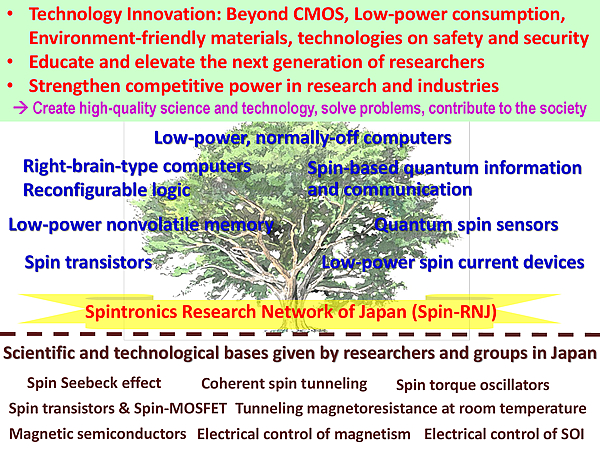 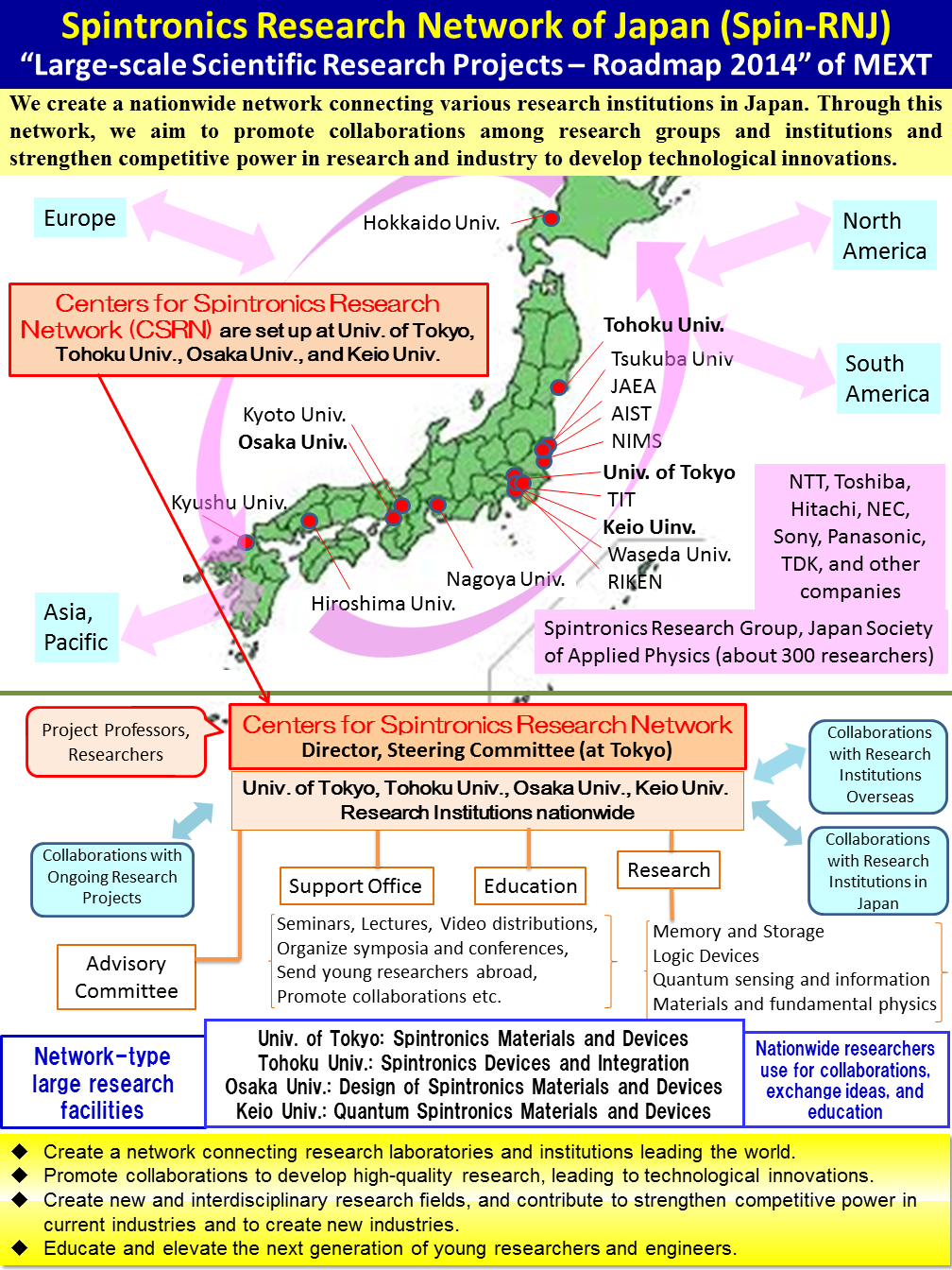